Is Stage-Gate still relevant now Agile development is being adopted?

The original idea for the Stage-Gate® Innovation process – now used worldwide to manage product development projects – came from research by Dr. Robert G Cooper, who was studying how successful “intrapreneurs” within large companies created product innovations. [1] The findings were written up as a paper and soon the phone started ringing with interest from industry.

Thirty-five years on from that paper, we caught up with Robert in Cambridge, UK, recently and asked him what makes for success, the impact of Agile development, what he has seen recently that is game-changing, and what his hopes are for the future.

Q How did the idea for the Stage-Gate process come about?

“I started writing the stories of these successful intrapreneurs, studying them play by play, as they moved the ball down the field to the goal line. I had about ten case studies which I presented at a conference at our business school, when the Dean came to me and said: ‘You have something here: if you watch enough winning teams, don’t you learn something?’” So Cooper published an article[2] with his findings of how winners win the new product game. That was back in 1983, the beginnings of Stage-Gate[3].

If you are unable to view the video above you can watch it on YouTube here.

Q If you wanted to select one aspect of a successful product development team, what would it be?

“Probably the biggest thing that separates winners from losers is their ability to understand the marketplace, see the unmet needs of the customer or user or consumer and their points of pain, and build the voice-of-the-customer. Then, from these customer insights, comes the task of crafting a product that solves the customer problems and really delivers a compelling value proposition, and creates a ‘wow factor’ when a customer sees it.”

“A second key success factor is solid homework – doing the due diligence up front. The game is won or lost in the first five plays! In the time between where you get an idea and where you’re moving it into formal development, a lot has to happen in this so-called ‘fuzzy front end’ of the project – from a market analysis to a technical feasibility to a source-of-supply assessment. A lot of development teams don’t want to do this tough up-front work, and so they leap right into development and try to score a goal. But they miss the net most of the time.”

Q But in recent years, we have seen successful products that couldn’t have been predicted using customer analysis and market research; is understanding the customer still important?

“That’s a very good question. In about 2001 or 02, we started seeing some of our more clever Stage-Gate adopters doing a different version of Stage-Gate; it was much more iterative and more experimental.”

“What they were finding is that a project team would go out and try to understand customers’ needs or wants, but no matter how much they watched or probed or asked, they couldn’t get all the answers. So in the end, they had to build something and test it out. And this was the new model: build something early, fast, and cheap; get it out there in front of the customer for feedback, get the learning; and then validate your assumptions or make changes if you have to. People don’t know what they’re looking for until they see it, so get something out there in front of the customer fast and often.”

“We call it adaptive or spiral Stage-Gate. There’s a whole series of spirals or iterations built in, where you build something, get it in front of the customer, test it, get feedback, revise your thinking, and move on. That’s very consistent with what the folks in the software world are doing, because Agile development is very much like that too.”

Q What do you think industry has learnt about Agile development? 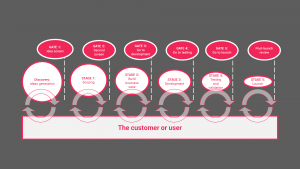 “It is interesting how influences from other worlds have started to affect the way we, in the manufacturing world, do product development.

“Back in the 90s, software development people were in trouble: No matter what they developed, it was over-budget, behind schedule, and half the time the product, when launched, didn’t work. So, out of necessity, they created a set of new more adaptive and agile methodologies. Finally, by about the year 2001, these software gurus wrote the Agile Manifesto saying ‘here’s how to do it!’” Agile development now dominates the software world.

“Most of my work is in the physical or manufactured-product world. I’m an engineer, so electrical engineering, mechanical engineering, chemical, pharma, and food products are the areas that I focus mostly on. Some people say these areas are not as sexy as software development, but do you know that in the United States, 70% of R&D spending is for manufactured products! So a huge chunk of R&D is still spent on physical product development.”

“Now for the new news! Over the last four or five years, I’ve seen strong evidence of leading manufacturers doing an unbelievable job of combining the best from this Agile software methodology with the best from the Stage-Gate process and using the new hybrid model for manufactured new products. [4] The results are really dramatic – faster to market, higher productivity in development, and even happier project teams.”

Q What have you seen recently that is really exciting?

“At an Agile-Stage-Gate meeting this week in Frankfurt, I was quite amazed at some of the novel and clever things that project teams were doing in order to build something to show customers, or to management to continue to get their buy-in. Firms are using 3D printing, virtual porotypes, simulations, and ‘protocepts’ to demo to customers. GE is actually 3D-printing components of jet engines using powdered metallurgy. Unbelievable! There’s a company that was there that said “we’re in the food business and are 3D-printing food products!”

“And it’s not just 3D printing. An R&D manager from a construction equipment company said they were using virtual reality: ‘We’re putting a driver on a truck seat that moves, put goggles on him, and he’s driving our vehicle with the new steering mechanism or the new drive train, and telling us how it feels. And there’s no truck at all, it’s just total virtual reality.’ And augmented reality of course is coming.”

“So there are numerous changes in the tools we have available to create something to demo it to customers, management, and even test some of the technical aspects in the lab, without actually having a product! You can imagine the speed at which we’re able to move down the field now by not having to build something physical like in the old days.”

“Even developers in the chemistry field are doing rapid prototyping. One person from a large chemical company in Belgium said: ‘We used to experiment with chemicals in the lab to see how they’d perform. Now it’s mathematical simulation: We can predict how that chemical will perform and whether we have a winner here or not.”’

Q But even with these insights, why do products still fail? 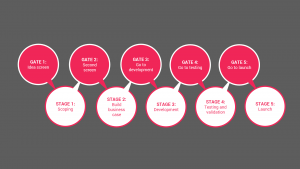 “The same reason keeps repeating: lack of market insights, a lack of understanding customer needs and wants. Part of the problem is that people who work on product development are technical – they’re engineers or scientists, and they’re much more comfortable locking themselves in a lab or an engineering department and not necessarily spending as much time as they should focusing on customer issues.”

“A second major issue is technical problems with the product – it doesn’t work as expected. Some of the reasons here are indeed technical; in other words, the project team tried to achieve certain technical performance, and for a variety of reasons, simply weren’t able to – it was not technically feasible. Often it’s because the project team made a lot of doubtful technical assumptions early in the game.”

“Proctor and Gamble calls it their FEI system – their Front End Innovation process; 3M calls it their NTI or ‘new technology innovation’ process (as opposed to the NPI or ‘new-product innovation’ process). Once the need for new technology is seen, the development team switches gears and sets the project on a different track. We call it Stage-Gate-TD for ‘technology development’ [5] where developers focus on the science side and resolve those technology issues first, so they then can proceed to develop the product.”

Q It is often argued that there is a difference in clock speed between marketing and product development – is this inevitable or can you speed things up?

“I agree to a certain extent with the comment that the marketing clock is moving faster than the R&D clock, which is not to say that the marketing folks are wrong. They’re just responding to the realities of the external environment in which they live, and it is moving fast. If you launched a new product in the 1950s, you would expect it to get a 15-year life on the market before it had to be replaced. Today, that same product has but two years of life in the marketplace before a replacement product is needed – there has been a ten-fold increase in speed of life-cycles!”

“So what does this mean for the technical people? For one, it means they’re going to have to pick up the pace a bit too. Some of these newer methods that we’ve been talking about – such as Agile, spiral development, and Stage-Gate-TD – are attempts to accelerate the process. Also there’s quite an emphasis today on leaning down the process, focusing on the value stream, and getting rid of all unnecessary work so you can accelerate the project.”

“Another big factor – if you really want to speed things up in R&D – is to have dedicated teams. Don’t have 12 people working on eight development projects simultaneously. That all but guarantees that they’re going to take far too long. Instead, focus, focus, focus: Put those same 12 people in one room and let them work on one or two projects, full-time, full-speed ahead.”

“The sad fact is that most product development firms in the manufacturing world are trying to do too many projects; they under-resource them; and they spread themselves too thinly. Managers think that multi-tasking is efficient – it’s not efficient, it leads to all kinds of difficulties in product development.”

“So, you want to speed things up? Then resource your projects properly! Do proper portfolio management. Select only the good development projects; kill the other half, the dogs; and focus your resources and drive that product to market.”

Q Can you describe the Triple A Process?

“The Triple A system is a collection of methods designed to speed up the development process and also make it more effective. It has three elements:

Q Do you think we are as innovative as we used to be? What are your hopes for the future? 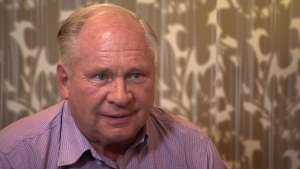 “Sometimes it seems that the only firms doing innovation are those in the software and IT fields. The fact is that companies in more traditional industries have cut back on the proportion of resources that goes to bold, break-through, very innovative products or services, the kind that made their company great maybe 20-50 years ago. In a typical major European or American manufacturing company, 80% of their R&D effort is now going into small developments: tweaks, modifications, improvements, minor extensions. Gone are the big bold projects of yesteryear!”

“These traditional companies have become very short-term driven, certainly those companies that are stock market bound, and so are quarter-to-quarter focused. I hope that this will change as managements in these firms recognise that innovations built their companies, and even built countries – and that these innovations are still very much needed. Innovation is not just about new software products and new apps; there are huge needs and great opportunities for innovation in other fields besides IT. I’d like to see manufacturing firms across a broad array of industries get back into the innovation game!”

[1] Stage-Gate® is a legally registered trademark in EU of R.G. Cooper.