Concerned that it was losing competitive-edge,  the US company Air Products and Chemicals Inc,  centralised its external technology efforts in a move towards open innovation. It formed Corporate Technology Partnerships to implement best practices across the company.

Before this move there have been little coordination between coordination of efforts between business areas and R&D groups, a situation that had been described as a ‘silo mentality’ with no coordination of work processes or central repository of best practices and the resulting contracts.

John Tao was corporate director of technology partnerships at Air Products and Vincent Magnotta, manager of technology transfer, the two produced a paper about their experiences that is one of the best cited on Research Technology Management.

The authors identified the most notable driving forces for open innovation as being:

The paper “How Air Products and Chemicals ‘identifies and accelerates'” reviews the process of identifying corporate technical needs and the role of external partnering played in accelerating the innovation process.

Air Products’ approach to open innovation was to ‘identify and accelerate’, identifying and prioritising the key technical needs and using a toolbox of approaches to accelerate solutions to those needs. This approach enabled the company to innovate faster, better and at lower cost. 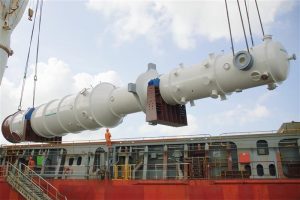 The authors conclude that open innovation is here to stay and that the fraction of a successful company’s R&D budget devoted to open innovation will need to grow. Warning that companies that choose to remain internally focused for solutions to their technology needs will be left behind.

Taken from How Air Products and Chemicals ‘identifies and accelerates’ by John Tao and Vincent Magnotta published in Research Technology Management in 2006.