The emergence of new innovation ecosystem

Building new innovation ecosystem is a frustrating endeavour but the firms that are successful ecosystem builders establish leadership in the market, says Gouthanan Pushpananthan, of Chalmers University of Technology. He provides an overview of his research and suggests resources for those who want to find out more. 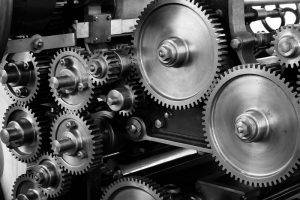 How do you build an ecosystem?

To build an ecosystem, firms need to visualize their development activities as a cogwheel (or gears). The individual gears may not rotate in the same direction but positioning them in the right slots will create a synergy and achieve the expected motion. Actors in an ecosystem may have divergent ambitions and intentions, however, if all the actors are aligned on the overall purpose and synchronize activities, the entire ecosystem will progress forward. This is where the keystone firm plays a crucial role. The keystone can synchronize activities amongst different actors in order to achieve the overall goals of the ecosystem.

How did you get interested in Autonomous Drive technology?

I began my PhD at Chalmers in October 2016 under Professor Maria Elmquist, with Ludvig Lindlöf as the assistant supervisor. My research project is on complex innovation projects in large firms. For this, I collaborate with Volvo Car Group and study their Autonomous Drive (AD) Technology development initiatives.

Through my field study, I realized that the AD technology development is unlike any other R&D project in the automotive industry. Activities pertaining to developing the AD technology takes place in a network constellation rather than the typical value chain that is synonymous to the automotive industry. This network form of value creation led me to position my research in the field of “Innovation Ecosystem”.

What is the issue you were addressing?

Literature on ecosystems recognize the lack of knowledge on the emergence of a new ecosystems as they are rarely studied in their emergent phase. Part of the challenge pertains to the rare occurrence of “new ecosystems” and the rather ex-post definition of ecosystems (Gawer et al., 2014; Jacobides et al., 2018). Also, several studies identify modular architecture as being vital to ecosystem attractiveness. Established firms often modularize products during the late stage of a technology/product in order to improve efficiency and reduce expense. Integrating modularity in the early phase of a new technology is seen as a cumbersome endeavour.

In this context, it is important to develop new knowledge that explains how firms achieve modularity – accidental or intentional – in new technology development and the role of a keystone firm in using the modular technology to orchestrate the emergence of a new ecosystem.

Thus, my research looks into the automotive industry wherein a technology transition (i.e., Autonomous Drive) has drastically altered the competitive advantage. By illustrating the collaborations set up by the incumbent firm (Volvo), the thesis shows the transition in Volvo’s role from being an OEM in a traditional value chain to a keystone firm in an emerging innovation ecosystem.

The era of ecosystems

Internet and Communication technology (ICT) has broken down the barriers to compete as start-ups challenge industry leaders with radical innovation. This is evident at the success of multinationals – yesteryear start-ups – such as Amazon, Facebook, Tencent, Uber who dominate their respective industries and sometimes even carve out new industries.

The establishment of new or hybrid industries is a result of the convergence of technologies in products and services. For example, combining digital technology and taxi business has resulted in ride sharing firms identified as belonging to both technology and transportation industries (e.g., Uber, Lyft, Grab, BlaBlaCar etc.).

Further, digital technology has broken down the traditional industry barriers as products and services are increasingly created by an amalgamation of firms from different industries working together. Such inter-firm collaborations transgressing industry boundary(ies) and traditional value chain hierarchies are often addressed as ecosystems (Gawer et al., 2002; Linden et al., 2009).

This is partly due to the non-hierarchical nature of value creation activities, organic development of mutually beneficial partnerships akin to biological ecosystems, and the interactions between firms with completely unrelated business areas (e.g., Amazon acquiring grocery store chain Whole Foods; Apple launching credit card service in partnership with Goldman Sachs). In line with this trend, understanding interdependencies between firms in the context of an ecosystem, and its impact on technology transitions, has been gaining traction in both academia and industry alike.

However, investigations on such ecosystems has not addressed the question on how ecosystems emerge, partly due the ex-post definition of the term ecosystem (Gawer et al., 2014b; Jacobides et al., 2018).

The ecosystem approach was originally adapted from biology to the business context by (Moore, 1993) to illustrate a business ecosystem as network of actors characterized by interdependence and co-evolution.

Two decades later, the use of the term in the field of management has proliferated (Scaringella et al., 2018). An ecosystem consists of network of individual firms contributing their individual solutions to a common platform (or value proposition) in order to offer a complex value proposition (Adner et al., 2010b; Clarysse et al., 2014). To create value to end customer, an ecosystem integrates complementary solutions developed by interconnected, yet independent actors (Dattée et al., 2018).

Complex product systems such as Autonomous Vehicles require collaboration with multiple actors ranging from government agencies to start ups. Such collaborations are contingent upon the keystone firm’s (the platform/technology owner) ability to develop a modular technology.

However, modularity in mature industries is usually seen as a way to reduce expenses and improve efficiencies.

This makes it increasingly hard for firms in mature industries to form new ecosystems as modularity, which is a cornerstone of new ecosystems emergence, is seen as less important in the early phase of a new technology. Even the ones that would like to embrace modular technology development, they struggle to avoid the inertial behaviour of developing closed product systems.

A key implication of the study is identifying the importance of externalising R&D activities by forming joint venture or alliances. My research shows that firms that aspire to be “keystone” actor in an ecosystem need to adapt their internal processes to facilitate collaborations.

When two or more firms join hands in developing a technology, modularity is given a higher precedence in the development work as each firm would ensure the technology is compatible with its own product systems.

This collaboration (in an ecosystem) facilitates integrating modular architecture in the technology development process and thereby attracts more partners to develop complementarities in the form of services and solutions.

If someone wanted to know more about this subject what would you recommend they read? 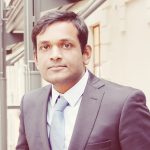 Dept. of Technology Management and Economics, Chalmers University of Technology
My entire research publication, including my thesis, can be downloaded at research.chalmers.se/en/publication/512188

innovation ecosystem
Previous PostHow Do You Put A Value On Innovative Technolo...
Next PostYou have a strategy whether you like it or no...