Frugal innovation in a complex world

Say the word ‘frugal’ – and it conjures images of making do, eking out scarce resources, managing on a shoestring, however John Bessant argues that there are plenty of examples  where this principle has triggered interesting solutions, he explains…. 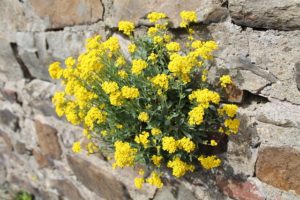 Alfredo Moser’s idea of re-using Coke bottles as domestic lighting in the favelas of Rio has led to its use in around a million homes around the world, and potter Mansukhbhai Prajapati’s Mitticool ceramic refrigerator offers a low cost way of keeping food cold without the need for power.

Frugal is not simply low cost improvised solutions in a resource constrained part of the world it is a mind-set with powerful implications for even the most advanced organization. Sometimes crisis conditions and resource scarcity trigger search in new directions, leading to radical and unexpected alternatives.

A good example is that of Indian eye surgeon Dr Govindappa Venkataswamy, who, when he retired, wanted to bring safe reliable cataract surgery to the poor in the villages of his home state of Tamil Nadu.

The context was not favourable – even by Indian standards the cost of the operation (around $300) put it beyond the reach of millions living close to the poverty line, and there were additional constraints around the availability of skilled staff to carry out the procedure. Undeterred he searched for alternative approaches which could bring the cost down to around $30 – and he found an answer in a surprising place, underneath McDonald’s golden arches. His argument was that the same techniques used for fast food production and service (which relied largely on unskilled labour narrowly trained up in key areas) could apply in eye surgery. His Aravind Clinic was founded in 1976; today it treats upwards of a quarter of a million people every year and has the distinction of having given back sight to over 12 million people around the world who would otherwise have gone blind because they couldn’t afford the operation[4].

What began as a ‘frugal’ innovation has grown into a global system offering some of the best eye care in the world. It has spawned multiple innovations – in education, preventive care, and in replacing expensive replacement lenses with a much cheaper alternative designed for the Indian context. (Aurolab is now the world’s largest producer, exporting to 87 countries).

While frugal innovation is associated with emerging market conditions where purchasing power is low there is also potential for such ideas to transfer back to industrialized markets.

GE’s simple ECG machine (the MAC 400) was originally developed for use in rural India but has become widely successful in other markets because of its simplicity and low cost. It was developed in 18 months for a 60% lower product cost yet offers most of the key functions needed by healthcare professionals.

Siemens took a similar approach with its Somatom Spirit, designed in China as a low cost computer body scanner (CAT) machine. The target was to be affordable, easy to maintain, usable by low skilled staff; the resulting product costs 10% of full-scale machine, increases throughput of patients by 30%, delivers 60% less radiation. Over half of production is now sold in international markets. In particular Siemens took a ‘SMART’ approach based on key principles – simple (concentrating on the most important and widely used functions rather than going for the full state of the art), maintainable, affordable, reliable, (fast) time to market.

Frugal innovation is relevant because:

Resources are increasingly scarce and organizations are looking for ways to do more with less. The frugal approach can be applied to intellectual and skilled resources as much as to physical ones – something of relevance in a world where R&D productivity is increasingly an issue.

Crisis conditions can often force new thinking – something which research on creativity has highlighted. So the improvisational entrepreneurial skills of frugal innovators – nicely captured in the Hindi word ‘jugaad’ – could be an important tool to enable ‘out of the box’ thinking.

Frugal innovations have a habit of migrating from their original context to other locations where they offer better value. Think about low cost airlines – the model there was essentially one which stripped away all but the essential function of safe travel between two points. Originally targeted at travellers unable to afford mainstream offerings the model quickly disrupted the entire industry.

There are some core principles which help make up the mind-set:

To read the full blog please go to www.johnbessant.org