The “Italian way” to Open Innovation

Rapid changes in the external environment require organizations to embrace the paradigms of ‘Open Innovation’ and ‘Open organization’. Here three different approaches are discussed to show how Italian firms are taking such paradigms from theory to practice.

“Not all the smart people work for you” was a phrase coined by Henry Chesbrough to explain that, nowadays, firms are compelled to adopt an open paradigm that combines corporate resources with external ones, driven by constantly shortening time-to-market and increasing need to integrate technologies beyond the current core competencies and business.

In the corporate world, there is a plethora of ways to transpose such awareness into practical actions and it is interesting to see how the approaches differ across different countries.

For example, let’s take Italy. If we investigate the Italian industrial reality, we can see that the Open Innovation “idea” has been translated into a variety of approaches and actions, not only in high-tech sectors. It is being used to extract the highest value from each industrial context and to strengthen the positioning of the market leaders.

In this post we offer three examples and key concepts that, when put together, can give an idea of the direction of “the Italian way to Open Innovation”. 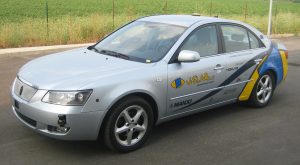 The first key concept is “technology transfer”, which takes us to the laboratories of VisLab, a spinout from the University of Parma, that has pioneered the concept of driverless transport.

VisLab’s technology has been developed, funded and directed by Alberto Broggi, Full Professor in Engineering in the same University.

Broggi and his colleague (and co-founder) Massimo Bertozzi, in 1998 published a successful paper on IEEE on the Stereo vision-based vehicle detection. Despite the very scarce financial resources, in the following thirty years the two professors-entrepreneurs have set up VisLab’s research group (which has been growing over time) and have developed solutions for driverless transportation, that at the time was an unexplored field.

In 2015, however, the situation changed and required Broggi and Bertozzi to turn to a different approach for the development. With the arrival of big players from the ICT and automotive sectors – who could rely on very large amount of funds for technology investments – it became compelling for VisLab’s managers to find a (bigger) partner to maintain and protect the technological advantage they had built up.

With such awareness and the active support of the Dean of the University of Parma, Loris Borghi, a task force was set up in 2015 to plan and implement the process of technology transfer from the university to the market (under the supervision of Professor in Finance Gino Gandolfi).

A process completed at the end of June 2016, when VisLab was sold for 30 million € (plus a stock-option plan addressed to the researchers/employees of which there were 38) to Ambarella, the Californian leader of technologies for compressing images.

The transfer has been of technologies, with no ‘brain drain’: after the acquisition, VisLab resources were not moved to Silicon Valley, but Parma was selected to host the new excellence centre of research VisLab-Ambarella.

In this way, the University of Parma could monetise the financial value of its equity share, and it has benefited at even a greater extent from the establishment of the industrial partnership with Ambarella, that is currently financing five Phd scholarships for IT projects.

The second keyword is “complementarity” and brings us into the corporate venues of Technogym, the Italian leader in devices and machines for the indoor-sport and training.

Funded in 1983 by Nerio Alessandri, the value proposition used to rely essentially on offering innovative products for the wellness industry.

Over time, however, the product-centric approach has been changed into a solution-centric business model, focused on the integration of products, services and content both for fitness centres and individuals.

The transition to a platform business has revealed the opportunity to complement internal R&D efforts with a structured process for searching and acquiring complementary technologies from the external ecosystem, with an approach to innovation that could be defined as “modular”.

Technogym currently employs 200 researchers (equal to 10% of the workforce) and has incubated around 20 start-ups, identified and selected as providing technological “add-ins” to complement the solutions that Technogym had developed internally.

The technology scouting, partnerships and acquisitions have resulted in a reduction of the time-to-market for Technogym and in a widening of its technological competencies into fields that weren’t part of its core expertise, but were instead complementary to it. 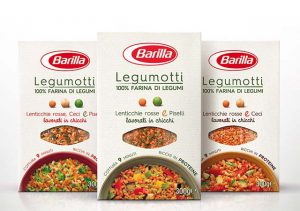 The third and final case stresses the role of “empathy” for the development of user-led innovation, aka ‘Open Innovation 2.0’ (that is, the development of a new proposition by involving the final user and their feedback in the process of ideation and prototyping).

The launch of Barilla’s product Legumotti – a food product distributed exclusively by the  retailer Esselunga since last April – is the result of the collaboration and co-development process among the two firms.

Barilla became interested in new product development in the the cereals and legumes market in the light of increasing sales dynamics and for the fact that there was still a considerable margin of action for Barilla to establish a foothold there.

Once this target market had been identified, Barilla and Esselunga started to cooperate and had the support and coaching of Professor Matteo Vignoli (University of Modena & Reggio Emilia – UniMoRe) to adopt a joint Design Thinking methodology; ideated by Stanford University (already known to Barilla’s internal R&D department).

Applying the Design Thinking approach across the supply chain, in a way that involves and coordinates a producer with its retailer, has led to an unusual process of testing and prototyping that goes well beyond the traditional market research techniques.

The firm’s researchers can get in contact with final consumers directly at the point of sale and establish with them an empathic dialogue that involves the final user in the identification of the real need gaps and in the phases of solution (co-)design.

The Barilla-Esselunga joint team tested 45 prototypes and managed to deliver the final Legumotti product to the market in just one year (including the three months of Design Thinking steps). Such an open approach to product development in the market of High Turnover Products is an example that may pave the way for further collaborations among different actors across the supply chain.

Technology Transfer, complementarity of technological competencies and empathy with the final user are the three pillars of our first, non-exhaustive review of approaches to Open Innovation “Made in Italy”. Moreover, and by chance, all the three “stories” discussed in the above have taken place in the region of Emilia Romagna.

Many other stories, in many other regions and industries, are still to be discovered and discussed, in Italy as well in other countries: “plurality” is, without doubt, a constitutive attribute of Open Innovation in practice.

This article previously appeared in the newspaper ‘Il Sole 24 Ore‘ .