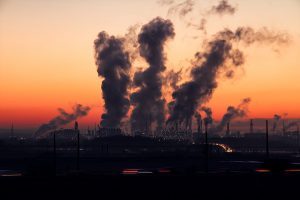 Negotiations at the UN climate summit, COP 23, are determining the rule book for managing the low carbon transition and big businesses are paying attention.

It’s easy for those buried in the day to day pressures of innovation management to think that this doesn’t apply to them.  However, thinking creatively about the low carbon transition can bring big benefits to the bottom line, both now and in the immediate future.

Because there is such a close link between carbon emissions, energy use and costs, looking at how to reduce carbon emissions often produces new insight into cost savings too.

Sometimes these ideas are trivially simple: For example, in one company, as part of an initiative to reduce carbon emissions they started monitoring each business unit’s energy use. This revealed that one had much higher usage than the others, for no obvious reason.  On investigation it was discovered that the problem was that a disused, empty fume cupboard had been left running 24/7 with the door jammed open.

It had spent the last few years sucking the expensively heated/cooled air from the lab into the surrounding countryside. The cause of the problem was firstly that a busy scientist had left some equipment jamming the fume cupboard door even though his experiment had finished. It had then been aggravated when a thoughtlessly installed cupboard made the power switch inaccessible. The technician had mentioned the problem some years ago, but she was ignored until the business unit manager got embarrassed about his department’s excessive carbon emissions.  It was then fixed within days. 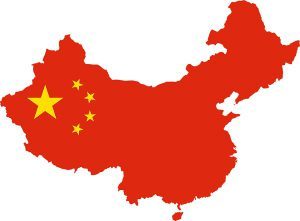 In other cases, the transition to the low carbon economy creates a major strategic opportunity for a new entrant.  For example, China has made a clear strategic decision to dominate the world in electric vehicles and renewables and is making huge investments. In 2016 China invested $100B in solar, while China’s energy agency said recently it would be investing £292B in renewables by 2020. Five of the six largest solar module manufacturing firms globally are Chinese. China has far more installed wind power capacity than anywhere else in the world, and the world’s second largest wind power company

It would be hard for China to compete with the decades of investment and R&D in the internal combustion engine, but dominating in a new area like electric vehicles and battery technology is another matter.  Last year Chinese manufacturers produced 51 Million electric bikes, of which nearly half were exported (prompting complaints by the EU of dumping). Electric vehicle sales are being actively promoted with generous subsidies and preferential licenses. In 2016  43% of the world’s EV’s were made by Chinese OEMs while in China, EV sales rose 54% to 507,000. They have a target that by 2020, 20% of car production will be electric vehicles. Northeast Asia – Japan, South Korea and China – is now the world’s major hub for advanced electric vehicle battery research.

It is very clear that China is primed to become a clean energy superpower.  The current US administration appears to be heading in the opposite direction, but hopefully the R&D community will have the creativity and drive to grasp some of the exciting new opportunities that are opening up as we make the transition to a low carbon economy.