Brexit as an innovation challenge

As the UK embarks on the complicated process of negotiating itself out of the EU, I found myself reflecting about the parallels with innovation.

Many R&D managers will recognise the feeling of being asked to achieve a complex multifaceted project with an apparently impossible timescale and distracting internal politics, while being under-resourced and under huge pressure to “just get on with it”. 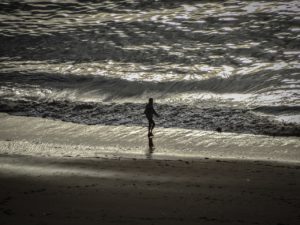 Exiting the EU is not the simple transactional negotiation of some minor trade deal. The choices made will, for good or ill, fundamentally change almost all aspects of our lives: our economic prosperity, science and innovation, health, skills, the nature of the society we live in and the wider environment, probably for generations. It has never been done before, so achieving a good result will require skills in innovation, not just negotiation.

UK R&D is recognised for its skills in innovation, from the Steam Engine to the World Wide Web. However, innovation is not something that our government is particularly famed for.

For example, HMG’s track record doesn’t inspire confidence. The 2010 proposal for a Universal Credit IT system was initially planned to cost £2.2 billion and be fully implemented by 2014. But the target has slipped to 2021 and the estimated lifetime cost has increased to £15.8 billion. The software is already widely considered out of date and unworkable.

The new Department for Exiting the EU is under-resourced and severely short of skilled negotiators, so I worry…. When innovators feel under-resourced and under pressure to deliver in an impossible timescale, the fatal temptation is to skimp on the crucial iterative process of creating a broadly welcomed vision for what you’re trying to achieve. The feeling is often that “I haven’t time to do any more consultation… and if I did I’d only expose my uncertainties and look weak.”

Tempting just to get started

The temptation is to get started, concealing the uncertainties with bluster, secrecy and wishful thinking, hoping that you’ll have something workable by the deadline. However, isolation just increases the likelihood of developing an unworkable solution. It also means that when the inevitable problems do emerge they’ll be more contentious and far more difficult to resolve. Lengthy delays or outright failure become far more likely.

For decades R&D managers have been aware of the need to pay serious attention to the iterative process of ideation, developing many different ways of integrating the insight and ideas of users and other stakeholders with the expertise of the project team.

Even back in the 1980s, the Japanese car industry achieved significantly faster development times than the US car industry because of the importance it placed on the initial concept generation phase, and on the time spent planning and gaining stake holder consensus. (See the classic work by Clark and Fuijmoto, 1991)

Today, the popular “Agile” software development methodology emphasises the rapid development, evaluation and iteration of a series of “Minimum Viable Products” each of which may well be a subproject within an overall development.

Wise R&D teams often cultivate a little cohort of lead users that they can consult about early stage new ideas, in order to learn about unexpected needs and problems. There’s an equivalent process used in participative democracy called Citizen Juries.

Sometimes a creative workshop can be a very efficient way of bringing together multiple insights. For example, I once ran a series of creative training workshops for a multi-disciplinary team that was developing blood glucose meters for people with diabetes. We had a particular focus on human factor issues, so the day included someone with diabetes, a Diabetes Nurse and a Diabetes Consultant from the local hospital. Together they opened the engineers’ eyes to the impact of the condition, and made them realise that some of the “special features” of their meter were completely useless. I then gave the engineers special glasses and gloves to simulate a typical user’s sight and dexterity problems, and asked them to do simple tasks like changing the battery.

They rapidly realised how hard it was. It was hard to open the battery compartment. They kept dropping the battery and then couldn’t see which way round to insert it. Then they realised that because the battery had been replaced, they now needed to re-enter the calibration number from the packet of test strips to make the meter work again, but it was impossible even to read the number because it was written in tiny 6 point font……

In shock they rapidly turned their creativity to the key problem of designing a meter that was easy to use. This resulted in a completely new, and very successful product range.

Returning to the problems facing the Brexit team, I believe we should pull together.

We should demand that we (business, the public, civil society and regional governments) are given the opportunity to participate, using our expertise and creativity to help address the key problems and choices involved in Brexit, working in a creative, constructive way. This will not only provide the missing expertise, insight and ideas, but will also address the current glaring democratic deficit.

Anne MillerBrexitIdeation and creativity in R&DInnnovationR&D managers
Previous PostMeeting the challenges of collaborative R&D i...
Next PostStrategic roadmapping - take control in times...