Surprisingly few people realise that the trick to successful creativity is to generate lots of ideas then throw away the rubbish.

This is because many people believe the myth that truly creative people produce perfectly formed ideas. Even though creative people quite like propagating this myth, it isn’t true … even the manuscripts of a creative genius like Mozart are full of corrections.

The problem with producing just one idea, is that almost inevitably this will be the obvious one, so there’s probably a good reason why no-one’s succeeded in making it work before you.

Because it’s your only solution, ‘confirmation bias’ will then convince you that it’s the perfect solution, and you may well pour resources into developing it, until much, much later, everyone realises that was a waste of money.

The great thing about having a genuine variety of ideas, is that it very substantially reduces the risk of R&D. This is because

In one company, they were aware of this, so the standard process required teams to generate and present 3 different ideas. However the process had got so slack that these would tend to be three variants of the same idea. At the time I was on the Board, and it was quite annoying when we were asked to make the decision to authorise a major development, because it was like being offered a choice of a large, medium or small coffee, when actually you wanted tea, or just a glass of water!

Tips for increasing your success rate

So here’s a tip for generating a variety of genuinely different at the start of an R&D project.

I’m assuming you already have some sort of requirement specification (if not, create one).

To start, take the obvious idea that occurred to you when you first heard about the requirement specification and push it as far as you can in an hour or two.  Now capture where you’ve got to by sketching it, or writing it down. Give it a number, eg Seed Idea 1. Then stop (this is vital!) and spend the rest of the day doing something else.

The next day (I like to do this first thing in the morning) have a look at it, and rather than admiring it, try to focus on what’s wrong with it and jot down any problems you now see with it.

Don’t try to resolve these problems now, but pick one of the problems and focus on generating a new seed idea that will 100% solve this particular problem. Deliberately make this as different as possible to Seed idea 1. When you’ve got as far as you can, once again, document it, call it Seed Idea 2, and then, once again do something else for the rest of the day.

Once you have 5 ideas or so, you’ll find that the ideas start to cross fertilise each other. Try to generate some ideas that are very innovative and exciting, and others that will be straightforward, almost boring to implement. Repeat this process until you have say 10-15 ideas. By now, it will also becoming clear that the most recent idea is never the best… even though it always feels as if it is. 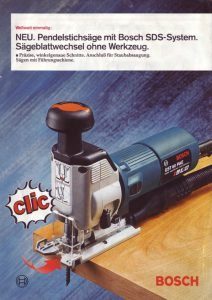 At this stage you can start to develop the seed ideas in a bit more detail, but try to keep them at a similar level of development, so that there can be a fair decision between them.

I found (for example when developing innovative power tools) that the ideal point to have this decision meeting was 6-8 weeks after starting the project.  At this point a panel (most of whom hadn’t been involved in the development project) would select the top two to three ideas for continuing development.  After another month or two’s development work, we would narrow it down to a single concept and focus all further development on that.

If “confirmation bias” makes it difficult for you to tear yourself away from the glory of your most recent idea, you may need to immerse yourself in something to help you get a better perspective and create that sense of personal dissatisfaction that “this isn’t good enough yet“. Constructive, supportive criticism from a third party can be useful, but it needs to be carefully done, so that it doesn’t also destroy the creative self-confidence that makes it feel worth carrying on. If you’re an R&D manager, intervening in this supportive way can be very valuable.

In my experience, using this process at the creative front end of the R&D process increases the chance of developing a genuinely successful inventive product by a factor of 10. …. not a bad return for a creative process that might take just 20 hours over 10 days!