Would an analogy help?

Analogies are a useful tool for creative problem solving, to help one move away from the obvious and to encourage ‘out of the box’ thinking. Professor John Bessant shares his views on this interesting tool.

An analogy is when we say that something is like something else. It doesn’t mean that it is the same as that other thing but rather that it shares some characteristic. If we say that ‘he is like a bulldog’ when referring to a colleague at work we don’t mean he is a dog, all teeth and slavering mouth, but rather that he shares the properties of being tenacious, not letting go, going after something with a fixed sense of purpose.

If we are trying to generate new ideas around a problem analogies give us some fresh insights. Asking questions like ‘what else is like this problem?’ or ‘where have I seen something like this before?’ can lead us to some new thinking space.

An analogy focuses on relationships between items. Things are, or seem to be, analogous when they have certain communal characteristics and at the same time differ in other aspects. Thus, if we are looking for an analogy between two entities, we concentrate on the properties they have in common: the ‘analogy base’. For example, when looking for an analogy for a book we tend to concentrate on its function as a printed information carrier — a newspaper or magazine are the most obvious analogies.

Using an analogy provocatively is very different from explaining something by analogy. Analogies are used to force us to look at a situation in a fresh way and generate further ideas. So it is essential to look for analogies between elements that have apparently nothing to do with one another. This technique can be used in group settings (e.g. incorporated into a brainstorming session) as well as for individual problem solving.

Let’s look at two variants, the direct analogy and the personal analogy.

The technique of direct analogy or analogy from nature is based on the idea that every problem, however big or small, has already been solved in some way by nature. It is up to man to discover that solution and use it in the problem context. Nature is used here in its widest sense: everything that surrounds us and of which we are a part. There are many examples of inventions that have their origin in nature and the field of ‘biomimetics’ is growing fast.

For example, the sonar has been used for centuries by bats and whales; piddocks, (a kind of mussel), inspired Black & Decker engineers; the eyes of a cat gave us the reflector or cat’s eye.

Two further points should be noted. First, when choosing an analogon make sure that it stimulates the imagination and that you know a lot about it — there is no point applying the technique if you can only list two or three properties that are very general.

Second, in the force-fit phase proceed methodically; no properties should be omitted because they are not inspiring at first sight. A little bit of frustration can help us to transcend bigger mind sets.

Phases in the technique of provocative use of analogies

In the personal analogy one substitutes oneself for the crucial term of the problem (X) by asking the question ‘How would I feel and how would I react (from that feeling) if I was X in situation Y (Y being the situation belonging to the problem context). Imagination as well as emotion play a principal role in this kind of analogy. It is therefore important to try and arouse intense emotions and express the reactions in vivid images. The answers will subsequently be force-fitted back to the original problem situation to provoke a solution or a new viewpoint. 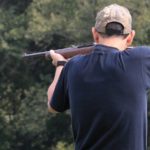 An example of personal analogy

A group of boys made a clay pigeon field at the end of their village. If they did not hit the clay pigeons these flew far in to a neighbouring field. The boys wanted to get the clay pigeons back because they are expensive, but damaged the corn doing so.

The owner of the field complained to their parents about this and the result was that the boys would have to look for a new hobby. All logical approaches to the problem failed, until they used the personal analogy. “How would I feel if I were a clay pigeon flying into the corn field of an angry farmer and what would I do?” “I would feel guilty and would want the ground to open up and swallow me”, was one of the answers.

With thanks to Professor John Bessant. www.innovation-portal

Ideation and creativity in R&DR&D strategy
Previous PostThe challenge of applying TRIZ tool kit for i...